The fourth child and the second oldest son of John Wilkerson was John Wilkerson my second great grandfather. He was also known as “Jack” which is such an un-Wilkerson like name. He was born on Nov 16, 1819 and married Ann Conner August 26, 1841. Below are their pictures and marriage license. 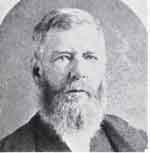 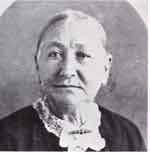 We are very lucky to have the above photo of John and Ann courtesy of the Polk Township, Andrew County, Missouri Historical Book. He died July 14, 1888 in Rochester Township, Missouri and is buried at the Savannah City Cemetery.

Ann was born May 9, 1820 in Murderkill Hundred, Kent County, Delaware. Her parents were Jimmet Conner and Elizabeth Price and she was the youngest child. Jimmet, Elizabeth and family moved to Warren County, Ohio in 1821 when Ann was just a year old. She died November 18, 1890 in Rochester Township, Missouri and is also buried in the Savannah City Cemetery.

Why John and Ann decided to move to Missouri in 1865 after the Civil War when they were 45 years old is unknown. They must have had a fairly comfortable life in Warren County, Ohio. The only thing I can think of is that her brothers moved to Missouri. Maybe John wanted his sons to have a chance to acquire land and be successful. The land in Warren County was developed so the chance of his children acquiring more land was limited and his estate would have been split up so that each child would not have gotten much property.

We know from the Western Star, a county paper published November 4, 1948, at Lebanon, Warren County, Ohio. “A John Wilkerson was born in Boone’s Fort, Kentucky, during Indian raids. He married Elizabeth Faires, a native of Virginia and they had a son, John, Jr., who married Ann Conner, a native of Delaware, in 1840. They resided in Warren and Clinton Counties, Ohio, near Spring Hill. There to John, Jr. and Ann Conner Wilkerson, twelve children were born, eight sons and four daughters. The oldest child, Frank, was born February 10, 1842, and the youngest, Thomas, July 25, 1865.

When the second son, John W., was mustered out at the close of the Grant and Sherman campaigns of the Civil War in 1865, he returned to his father’s home in Ohio, after three years of very intensive service for the Union. The family then decided to move to Missouri, where two Conner uncles had settled before the war. The four oldest sons, Frank, John W., David F., and James H. rode horseback from Ohio into Missouri, bringing eight horses to begin farming. (Horses at the close of the Civil War were scarce.) The parents and eight younger children came by train arriving in the early fall of 1865, and settled south and west of Savannah in an area then known as Hackberry Ridge. About 1875, the parents and several of the younger members moved to the Rochester-Helena area where they married and established homes.

Three of the sons became long-time school teachers: John W. at Savannah, James H. at Fillmore and Rosendale and as county commissioner for two terms. Sanford taught for 20 years in Andrew and around Savannah. John W. went from Savannah to the Grant City school and then to Mount Ayr, Iowa, giving 44 years to Education. The oldest son, Frank, returned to Ohio in 1867, married there, and the family was not reunited until 1908, when a reunion was held at the fairgrounds in Union Star, where six of the first family then resided and where this picture was taken. [the picture is below]years but have left many descendants residing in Andrew and DeKalb Counties.” 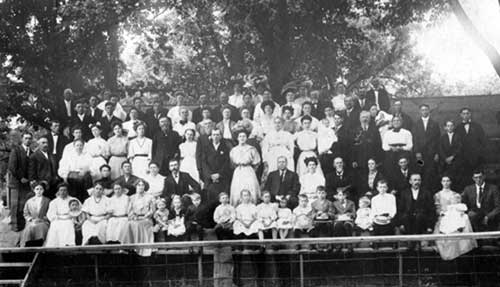 “After an illness of several days, John Wilkerson died at his home in Rochester township, about 1 o’clock last Saturday morning, 14th, in his sixty-ninth year. He was born in Warren County, Ohio, in November 1819, and lived there until October, 1865, when he moved with his family to this county, where he has lived ever since. He was married in 1840 to Ann Connor, who still survives him. There were born to this union, twelve children, all of whom are living, as follows: F. M. Wilkerson (in Ohio); John W. Wilkerson, Iowa; David Wilkerson, Gentry county, Mo.; James H., Vincent and Sanford Wilkerson, all of Andrew county; Mrs. Lizzie Bellis, DeKalb county; and Albert Wilkerson, Mrs. Ella Osborne, Mrs. Mary Wells, Anna and Thomas Wilkerson, all of Andrew county.

The remains of deceased were buried in Savannah Cemetery, the services at the grave being conducted by Rev. Samuel Huffman.