My Grandmother Katherine “Kate” Olive Wilkerson was Thomas and Carrie Wilkerson’s oldest child. She was born September 26, 1887 in DeKalb County, Missouri and died May 26, 1981 at 94 in Bothell, Washington. In between Missouri and Washington she spent about 20 years in Billings, Montana.

My Aunt Yvetta, her oldest daughter, wrote this story about her “Katherine Olive Wilkerson Pemberton was the eldest daughter of Thomas and Carolyn Wilkerson, born September 2, 1887 in DeKalb County, Missouri. 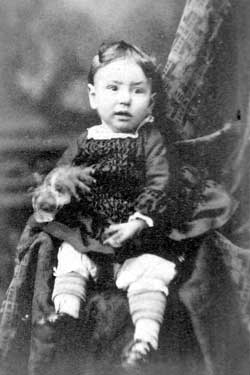 “She was her father’s “boy” and told us many tales of her early life on the farm, many involving old Dick and Lucy the gently over-worked team of farm horses. But they sold the farm and moved to Union Star a thriving railroad and farming center. There Wilkerson General Store prospered, Katherine finished high school 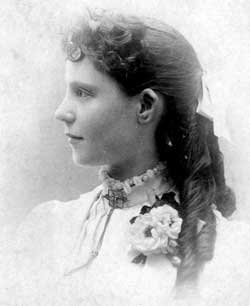 and met then married a handsome blue-eyed black haired young man Charles Pemberton whose parents lived nearby. He worked for the Brown Shoe Company in St. Louis, as did his friend Frank Riggs. The snappily dressed young men returned periodically to the home town, where they regaled everyone with tales of big city life. 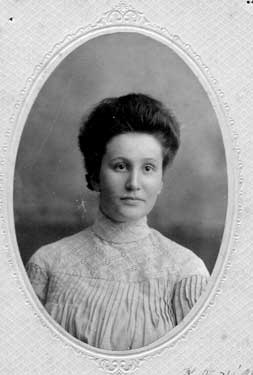 She was married to Charles Pemberton on August 23, 1908 at the Wilkerson Family reunion at Union Star, Missouri.

Charles and Kate opened a harness and saddle shop in Maysville, Missouri. But the advent of cars and farm machinery made the harness shop unprofitable, but they were true children of their adventurous pioneer ancestors. Selling their business, gathering their belongings together and taking their children, Frances and Yvetta, they set out via railroad for Billings, Montana to open a shoe repair shop. One of my most vivid memories is standing at the railroad station in St. Joseph, holding my sister’s hand and watching my weeping grandmother, arms around Mother, “There’s nothing but Indians and outlaws out there, take care of my grandchildren.” Fearfully I watched out the train window and sure enough as we crossed the Yellowstone river, camped out below the bridge were blanketed Indians next to their tepees cooking over open fires. Horses were tethered to the big farm wagons, children everywhere! Grandmother’s worst fears were true! But it was all forgotten in the new adventures awaiting us.

Soon we were settled in a new home, a new school for me, a new job for Dad. But the old ways of warmth, good plentiful food, thrift and industry prevailed in our home which centered around our Mother’s plans and ambitions for us. Dad bought our first car, a Ford touring car, Mother could hardly wait to learn to drive, They planned and outfitted a camping kit, Mother even making us matching camping clothes, knickers and jacket with a blouse to match. We spent weekends fishing in the mountains, took trips to Yellowstone Park, Pompey’s Pillar, Roundup to name a few.

Kate enjoyed the camping, fishing, and exploring the family did in the area. She was a superb needlewoman, cook and housekeeper.

Charles did not care for the shoe repair business and soon became a salesman and machinist for the Champion Shoe Machinery County of St. Louis. He traveled over the western states and when Yvetta and Frances were out of school, Kate made arrangements to travel with him, selling a line of women’s lingerie and stockings.

But before her plans could materialize she announced to her family a new baby would soon arrive. Twin daughters, Dorothy and Donna, made the family complete. 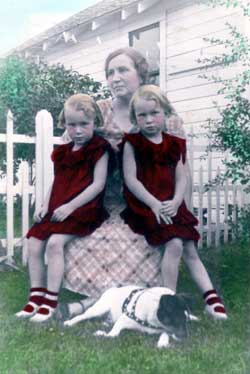 In 1936, because of company expansion, they moved to Woodinville, WA. Charles died May 17, 1957 and Kate moved to Bothell, WA. Because of ill health she moved to Emma Chadwick Convalescent home (1976) and lived there until her death.

My Aunt Frances Kate and Charlie’s second oldest daughter writes of her Mother’s childhood “I was born November 26, 1912 in Maysville, Missouri – a small hamlet in a farming community. Corn was king and still is. My mother told us of her life on a farm which was centered around the family and its everyday work.

My Mother’s father was one of twelve children and he had six of his own of whom she was the oldest. She told stories of her team of horses; hitching them up and walking behind the plow; the tornados that denuded chickens of their feathers and blew straws through the trunks of trees, and staying all or part of the night in a tornado storm cellar in the ground until the wind blew itself out. There were no weather bureau warnings and people had to depend upon themselves to read the clouds.

Her wedding in 1907 was the occasion for a family reunion and the families reserved a park. Both families filled up the bleachers in the baseball field to have their pictures taken.

Dad had a family of five brothers and sisters. They were trades people and he worked at a harness shop. Harness making was doomed because Ford motor cars and mechanized farm machinery would soon appear on the scene.”

Why the entire Pemberton family (grandparents, aunts, and uncles) picked up “en masse” and moved to Montana has never been explained to me.” Taken from the book, “Teaching Memories of Frances DeYoung.” 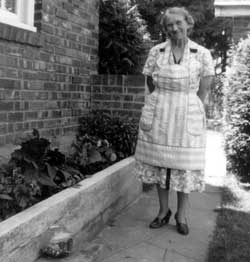 I have the most wonderful memories of my Grandmother. The above picture is how I remember her – with her apron on at the little brick house in Woodinville.

She always had a smile on her face. She was so sweet to me. One of my favorite memories is that when I was little she would make me peanut butter sandwiches with the crusts cut off the bread and Franco American Spaghetti, my favorite lunch when I stayed with her at their house in Woodinville. She always made me feel so special. I wish I had asked her more about her life growing up.

Here I am with her at her 45 Wedding anniversary in 1953. I love this picture. 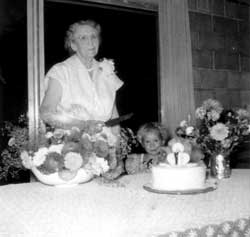 Here is a picture of Kate and Charlie on the front porch of their house in the 1950’s. This is really how I remember them. This is another picture I love. 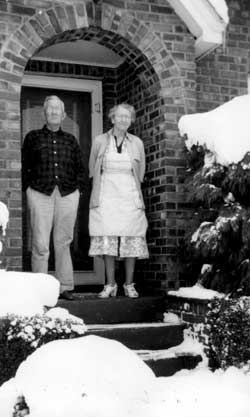 For more information about Kate go to the Pemberton section.